The Bose SoundDock Series II is the new and improved version of the original SoundDock (iPod only), and its biggest upgrade is iPod and iPhone capability.

The design of the Series II hasn’t changed, but the new version adds a number of improvements: The capability to play music from multiple auxiliary sources such as an MP3 player, phones that play music or CD player. The Series II also adds a few more bells and whistles,such as an eight button infrared remote control -- an upgrade over the previous model’s six-button remote -- with volume controls.

Bose doesn’t disappoint, and the Series II has the renown rich, clear Bose sound. It’s also easy to use, with plug and go setup. Dock the iPhone to the speaker to keep wireless interference to a minimum. The Series II charges the iPhone and iPhone 3G iPhone, with the exception of the early-model dock iPod; it charges all other iPods.The Series II shares the simple aesthetic of the original.

What’s in the box

Great System for your iPhone

Bose is known for high-end, top-shelf speakers. The SoundDock Series II is no exception. It has great sound even at high volumes, looks great in many different environments and has simple functionality.

The Bose SoundDock Series II picks up right where the series one leaves off. The Series II is an excellent way to listen to your iPhone.

The setup and use is very easy. Plug the bose system into the wall and insert your iPhone or iPod and go. Just that easy.

The sound lives up to the high standards Bose has set. Good sound even at louder volumes. Bose always seems to attract those who say they are no good, but to 99% of the population Bose speakers have a rich clear sound.

The SoundDock Series II is just about everything you would be looking for in a home speaker system. It would be nice to see it battery powered. I am sure they will have that version out soon.

Bose website clearly states that their iPod docking station Sounddock Series - II is compatible with iPod Touch 32 GB (see link iPod compatible models in the second FAQ). I bought this system with the same belief and when I got it home and tried inserting the iPod in the dock, I realized that the iPod just wouldn't dock !

From what it seems that BOSE did not take the pain to test the new iPod 4th Generation iPod touch with its systems and have just mentioned it on their website so that people can buy their systems. And after that whether the system works or does not work for the customer is of no concern to them. This is the worst kind of customer service I have ever seen and this coming from Bose systems is very surprising and disappointing.

Bose - pricey for a reason

I've owned other speakers in the $150 - $250 range and they don't deliver the depth and clarity of the bose system. In addtion, the other brands wear quickly and start to loose their quality of sound. A good quality bose setup will outlast your iphone and probably the next 2 generations.

Pros:
Designed well, sound is superior and will outlast your ipod\iphone
Cons:
none
Was this review helpful to you?
July 14, 2009
BobbyK
Overall rating
4.7
Value
2.0
Sound Quality
5.0
Style & Design
7.0

Bose spends millions of $$ to get folks to buy their products. You can do just as good if not better for a 1/3 the price with most JBL & Klipsh produts.

Yes it's hurt for the price but when you hear the sound, it can blow your mind...just forget about the price.....!

Pros:
premium sound with simple design...!
Cons:
Almost $ 450,00/unit at iBox Store in my Country....!
Was this review helpful to you?
Powered by JReviews 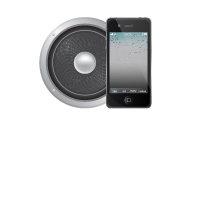